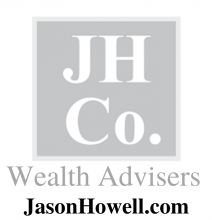 Wednesday, November 4th, 4:33pm EST. Our economy is shaped by the politics of our country. What do the divided results of a hotly contested election mean? We think it means that the wealth gap plays a large role in the way people have been voting during the last few election cycles and that that gap, is part of nearly every problem faced by the United States of America.

The morning of the election, I went to 270towin.com and put together an electoral map that got the US Presidential election almost exactly right (according to the latest (leaning) results). My one error was Iowa (6 electoral votes); I thought that the fiercely independent, Hawkeye state that launched Barack Obama’s Presidency would support his running mate. If it all stays the same, the final electoral count will be Biden 270 and Trump 267 (I also forgot to color in Maine’s congressional district worth 1 electoral vote). In other results, the U.S. House of Representatives lost Democrat seats and did not win back a majority of Democrat seats in the US Senate. Regardless of the final vote count, we remain in divided government.

Barry Diller, the Chairman and Senior Executive of IAC/InterActiveCorp and Expedia Group spoke humbly on CNBC this morning about regardless of the outcome – he supported a “blue wave” that didn’t happen – we all need to listen more to each other. He had no answers but started asking the right questions; questions that those in power can use to learn more about all of the people they serve.

This election, despite the COVID-19 pandemic, was still about the economy. Ever since “It’s the economy stupid” was made famous by then candidate Bill Clinton’s aide, James Carville, our elections have all been about the economy. More specifically our elections have been about the economic wealth gap (and who is to blame). The technology and internet boom of the 1990s undergirded the financial engineering boom of the 2000s; which have both made it harder for non-techy, non-financial people to succeed. The fallacy is that all of the non-techy, non-financial people live in middle America. There are also tech and financial job deserts in the inner cities. It is just that over the past 3 decades, these two geographical groups have learned to vote for different parties.

The Republican anti-story is that the people who live in cities have taken advantage of them; people in cities are elitists, and those city slickers think they are better. But there are also poor, less formally educated people who live in the inner cities, who struggle and are trying to get out. The Democrat anti-story is that the people who live in rural communities are uneducated; some are mean spirited but small-town people think they are smarter. But there live some of the poorest, least formally educated people who struggle, who still enjoy living in rural communities and are trying to stay. Whether we are considered rich or poor, it is likely that we have more in common than we are led to believe.

It has always been easier for politicians to divide the electorate by social issues rather than create solutions for the economic challenges we have historically shared. It is even easier in 2020 to divide the electorate with financial fear tactics that have kept us historically scared. The wealth gap in the United States has been getting worse since 2008’s Great Recession. According to the Federal Reserve, only the top 30% of wealthy Americans have recovered as of last year. The pandemic has made this wealth disparity worse. Who’s more to blame, Republicans or Democrats? Maybe that’s the wrong question. Maybe whomever is in charge should take responsibility; acknowledge the problem and try to fix it during their terms in office.

We acknowledge that as financial advisers our job can be defined as helping the "rich get richer." To many Americans we are a luxury service that is best valued by people who, over the past few decades, financially circumvented the challenges associated with a technology and financial services-based economy. We are proud to call you our clients and admire your model of hard work, success and humility. We have been particularly impressed with those of you with whom we have gotten to talk about sustainable investing, proactive philanthropy and family governance. You are becoming the patriarchs and matriarchs of not only your families but the communities that you are a part. Your money is purposed for your benefit and also for meaning. You are the perfect example of what one former US President once said:

"There is nothing wrong with America that cannot be fixed by what is right with America.”

Together, we can make things better.

Jason Howell Company is an independent, family wealth management firm run by two owners who consider it their family business. Jason J. Howell, CFP® and Douglas W. Tees, MBA, CFP® are both married to patient wives and are dedicated to their kids.

The firm owners believe that serving families through a process that supports family harmony, preserves family history and nurtures family values is the key to true wealth. It begins with a sustainable Investment Strategy and by equipping clients with three (3) tools for creating sustainable wealth. They call this process Family Governance. It goes beyond traditional financial planning by adding the "values management" and family history component.

For more information about our strategies, just book an introductory call: Introductory Call