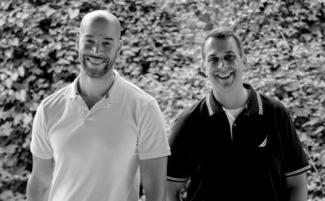 Tuesday, September 14, 2:07 pm EST. Last month we suggested you enjoy a vacation. We hope you did. This month we have entered the Fall with back to school, back to work (at home again) and economic policy decisions that may determine the fate of the 2022 mid-term elections but not the fate of the long-term economy. Hang on!

If it seems like our 117th Congress is taking a long time to pass some of the bills we’re hearing about, well, that’s nothing new for this time of year. When it comes to economics, a lot has “happened” in 2021. Both chambers passed and the President signed the $1,9 Trillion American Rescue Plan Act of 2021, in March and the U.S. Senate passed the $1 trillion “traditional” infrastructure bill in August. That first infrastructure bill hasn’t yet been passed by the U.S House of Representatives because their leadership is waiting for the $3.5 trillion “human infrastructure” bill to be passed in the U.S. Senate before taking a vote on both “traditional” and “human” infrastructure bills consecutively. Why the awkward timing? Politics. For a list of the elements of both infrastructure bills – so you know which side to pull for – click this well written Investopedia link here.

Progressives don’t want to give up on this political moment to create lasting change for those suffering during the decades-long K-shaped economics. Moderates don’t want to seem too progressive. The good news is that there are people having this debate. The messy balance between capitalism and democracy is old, dear and necessary. Capitalism allows us great financial opportunity; democracy ensures we maintain some level of economic balance and justice. Economist and former Minister of Finance for Greece, Yanis Varoufakis, delivers a thought-provoking TED Talk about this worldwide, worthwhile struggle here.

Part of the debate around the above policies is whether and how they will be paid for and whether there is too much stimulus in an overheating economy. “Too much stimulus” is usually a warning signal about inflation. Inflation, measured by the Consumer Price Index (CPI), reported a lower increase than expected for the month of August. It’s still high at 5.4% - compared to an average of lower than 2% pre-Pandemic – but not as high as predicted. So are we OK for now? Maybe. As investors in the financial and housing markets, you have less to worry about than those we mentioned earlier who suffer through the lower leg of K-shaped economics. Your wealth (home value, equities, etc.) will increase – on paper – with inflation. And how about those “pay fors?” There were many plans to “tax the rich” to pay for the infrastructure bills. Problems with this concept include deciding who we consider “rich” and whether we “penalize” income or wealth. The latest proposal is set to slightly increase federal income tax for couples who make above $450,000 per year (the pre-2017 Tax Cut and Jobs Act levels). Additionally, there is a proposal to add a 3% surtax to incomes above $5 million.  Will this “pay for” proposal pass? It seems likely that something akin to this will need to pass just to get the $3.5 trillion bill up for a vote. How the balance among taxing, deficit spending and inflation affects the economy are discussed broadly in Stephanie Kelton’s Deficit Myth.  We maintain the view that asset prices in financial markets will continue to rise over the long-term. We will leave the debate around economic theory to the economists and politicians.

In a few weeks we plan to host a conversation with Julia Healey, CEO of United Charitable. Julia started her career in finance and over the last 10 years has worked up from Financial Director, to CFO, to CEO of United Charitable. Beyond providing financial advisors a vehicle to create donor advised funds for their clients, her firm provides back-end support for future community stakeholders who would like to lead a named, charitable cause without the paperwork of starting a non-profit. United Charitable calls this “Fiscal Sponsorship” and we look forward to offering this option to you and your family. Stay tuned!

Here are the financial tips you can share with friends and family for this month:

Stay positive. We’re on it!

The firm owners believe that busy, dual income couples should feel good about the wealth their building for their families. "Feeling good" begins with implementing a sustainable investment strategy (SRI, ESG) and continues with turning family values, standards and rules around money into a family governance structure that creates harmony for everyone involved. In meetings, the two owners strike the right balance between attention to detail and keeping serious subjects "light."